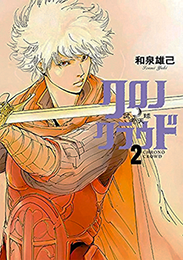 Summary: In the world where the power of sorcery rules, there was a legendary assassin who practiced “forbidden sorcery.”  That assassin was called Chronos. He ruled time, but was Chrono’s true purpose in carrying out the assassination requests made to him? In an earth that resembles our own, the great fantasy work of assassination sorcery now begins.